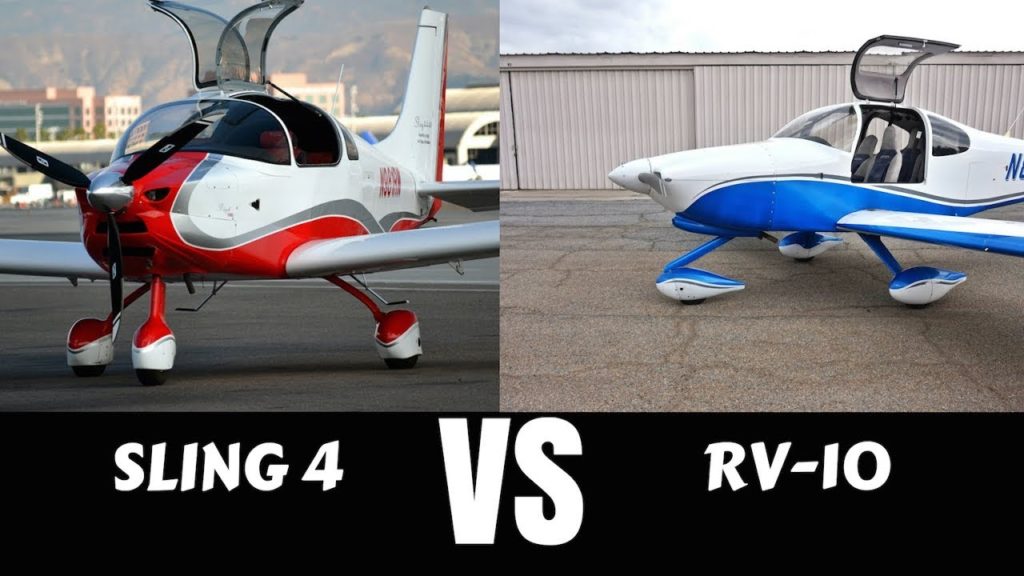 Today we are comparing two of the best 4-seater experimental airplanes in the industry. The Sling 4 and the Vans RV-10. I recently reviewed both these aircraft and I think some of the stats do stack up against each other depending on who’s looking and what you’re comparing. So in my review video (scroll down below) we look at the following factors:

Both airplanes are for cross country flight plans. And they can both carry up to 4 adults. Except the RV-10 has more useful load at 1,150 pounds compared to 948 pounds of useful load in the sling 4. For your mission, the RV-10 may be the better choice.

Which aircraft looks the best? honestly I can’t say. I personally love the look and finish of the Sling 4 better because of the spacious and car-like interior space. But really design and looks will depend on each person’s taste. We’ll call this one a draw.

Now let’s look in the cabin. Which aircraft can carry all four people in best comfort and relaxation. This is a bit tough because the cabin space for both airplanes are quite roomy and spacious. Both have comfortable seating and enough leg room and head room to fit bigger or taller people. I do give the edge to the Vans RV-10 here simply because it a wider cabin and taller frame.

Which is the best performing airplane? it’s a bit unfair to compare this category because the RV-10 airplane has a much bigger and powerful engine than the sling 4. But compare we must. The RV-10 uses A Lycoming IO-540 engine which has a power output of 260HP and allows the plane to cruise at 200 miles per hour. Whereas the Sling for uses a Rotax 914 engine with a power output of only 115 horse power. This allows the aircraft to cruise at 138 miles per hour. The bigger engine hands downs give an edge to the RV-10 for faster climb rate and faster speed.

Now the Sling 4 is expected to have a more powerful engine in the nearest future. The airplane factory company is currently testing the newer model Rotax 915 engine which will have a power out put of 140 horse power. This added power is expected to improve performance on the sling 4. 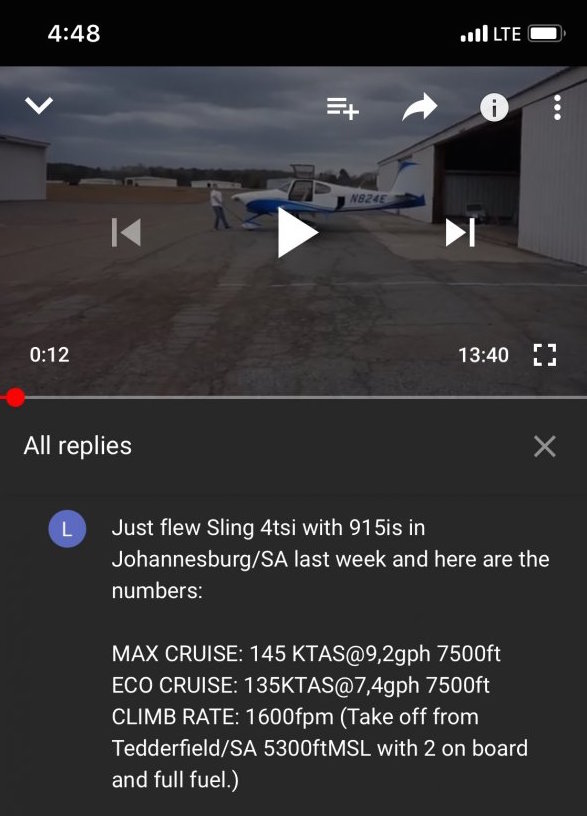 I don’t know about you, but those are very compelling numbers. Particularly the rate of climb at 1600 fpm (feet per minute). Eco cruise at 135kts (knots) is still much behind the Vans RV-10. But again when you’re only burning half the amount of fuel per hour, that’s something to think about. Ultimately it’ll come down to the overall cost per mile and how much time you’re saving with the additional 30-40 knots you get in the RV.

Both these aircraft are in the experimental category, meaning you have to buy a kit and then build the airplane yourself. The purchase price for each aircraft is roughly $115,000. This price point makes the RV-10 seem like the better choice because you’re getting more for the money. But don’t be too sure because there’s a lot to consider in the Sling 4 as well.

When your purchase an aircraft an additional cost to account for is your operating cost per hour. To operate an RV-10, it will cost you around $200 an hour compared to only $50 an hour to operate a sling 4. A lot of that is just the fuel cost. See the big RV-10 engine uses 10-15 gallons per hour, whereas the smaller engine in the sling 4 only uses 4-6 gallons per hour. That cost will add up, which make the Sling 4 a more attractive and low cost option in the long run.

Which aircraft is easier to fly? this may be a missing point for some builders. But it’s important to know if the aircraft you’re building will be easy to fly or not. Both the sling 4 and rv-10 airplane have what’s called a constant speed propeller, and both engines has a fuel/air mixture process. In the RV-10, a pilot has to manage these things while flying. Whereas in the Sling 4, the management of your propeller blade angle and mixture setting is managed electronically. You have a simple switch in the sling 4 that manages your prop and you have an electronic control unit (ECU) in the rotax engine that manages your fuel to air mixture. This ultimately means less workload for the pilot. For that, the Sling 4 has an edge and is the easier airplane to fly. 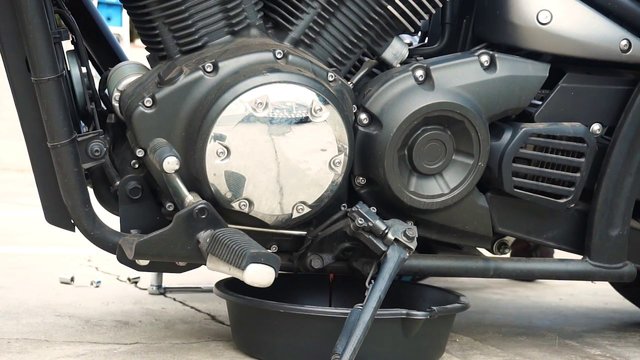 How To Perform A Motorcycle Oil Change – Yamaha Stryker