How Well Does A 50 YR Old Plane Fly? Piper Cherokee 235
Next Video

Sling Tsi Vs. Vans RV-10 Airplane. Which Is A Better 4 Seater? 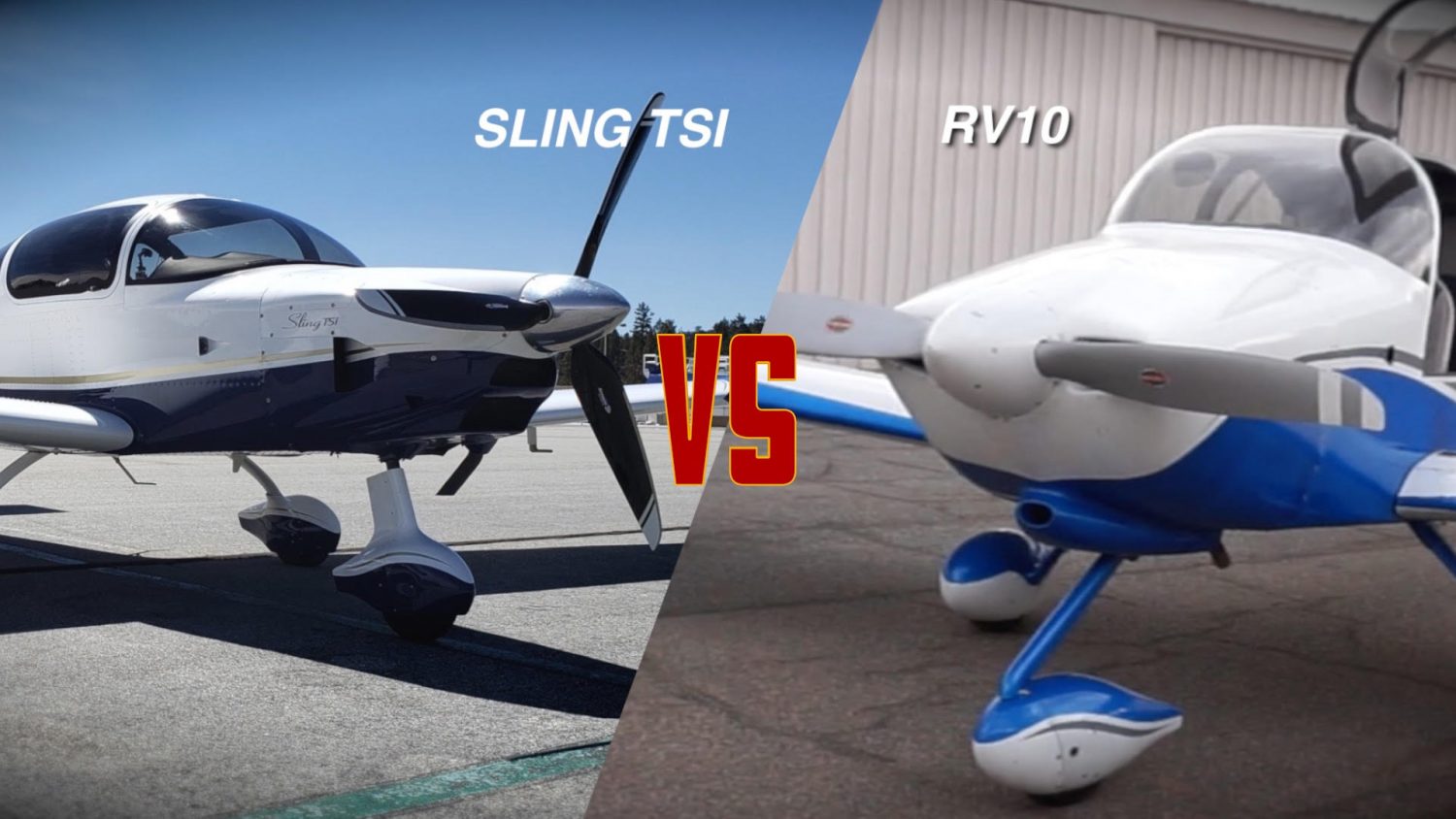 We are doing a new comparison for the two best 4 seater experimental airplanes in the industry. The Sling tsi and the Vans RV-10. I’d compared the Sling 4 to the RV-10 about a year ago, and since then, a new powerful Sling has hit the market. So I think it’s worth comparing the newer model sling Tsi to the RV-10. In this video we look at these factors.

Design – Which aircraft looks the best? I personally love the look and finish of the Sling Tsi better because of the spacious and car-like interior space. Design and looks will always depend on each pilot/owner’s taste.

Comfort – Which aircraft can carry all four people in best comfort and relaxation? This is a bit tough because the cabin space for both airplanes are quite roomy and spacious. Both have comfortable seating and enough leg room and head room to fit bigger or taller people. Van RV-10 does have a slightly wider cabin but it’s so miniscule that you won’t notice it.

Performance – which is the best performing airplane? Vans RV-10 airplane has A Lycoming IO-540 engine which has a power output of 260HP and allows the plane to cruise at 200 miles per hour. Whereas the Sling Tsi uses the all new Rotax 915 full fadec engine with a power output of only 145 horse power. This allows the aircraft to cruise at 170 miles per hour. Climb rate is almost identical at over 1000 feet per minute. But I think where you have a slightly better edge with a Sling Tsi is the turbo charger in the engine. This allows the airplane to have full power available at even higher altitudes, up to 23,000 ft. In a high density altitude situation, a Sling may outperform an RV-10 if they go head to head in a climb out.

Cost of ownership – You’re burning almost halft the fuel per hour in the Sling Tsi. That diect savings make it the most cost effective and efficient choice.

My First Taxi With The Mojosling

The Mojosling Is Flying Now! Test Flight Of My Sling TSi